It has not all been fun and games, but it has been largely peaceful

Zambia has always been a relatively peaceful country and, whilst the struggle for Independence must not be downplayed, it is probably an indication of the peace loving peoples of Zambia that this was a dignified move towards independence with no protracted guerrilla wars and subsequent civil wars.  Whilst there were periods of civil unrest and disobedience, the “Founding Fathers” behind the independence struggle must be admired and respected for their patience during the complicated negotiations with the colonial rulers of Northern Rhodesia which resulted in a smooth hand over of power.  Zambia became an independent country 24 October 1964, a day chosen because it was United Nations Day. 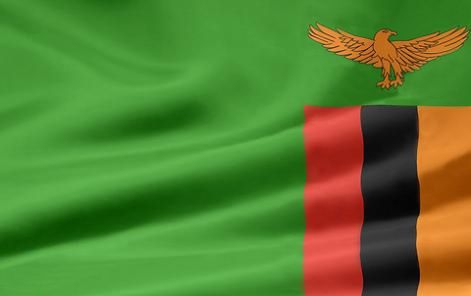 Zambia emerged with so much promise and potential.  Education was free, free milk at school, a working health system, a healthy economy and so many promises for an ideal utopia.  This was a wealthy country with spectacular mineral deposits no longer being used to fund the Federation.  It is always easy to look back and spot mistakes and honestly, no country and no government manages to exist entirely without errors being made and wrong paths being followed.  Events beyond a countries’ control can have catastrophic effects, especially when compounded by ill thought out decisions and bad advice.

Copper prices crashed, oil prices shot through the roof.  Zambia’s stand against UDI in Rhodesia and, as a landlocked neighbour, the effect of the UN sanctions on Rhodesia and the need to find new trade routes through Dar-es-Salaam.  The constitutional change to a one-party state and nationalisation of the mines and other formerly wealthy companies.  The list of reasons why and how this once rich country sank into a morass of economic woes seems endless.

Let us encompass the entire continent here as we also consider a wider cause and effect.  Sadly Africa is somewhat buffeted by global political machinations and, when it suits the super powers, they either help or hinder this struggling continent or, in the understanding of the truly ignorant, struggling country!  The global press portrays Africa as a place of nothing but grinding poverty, unruly militia hurtling round in Toyota land Cruisers bristling with the latest in rebel arms and ammunition, a no hope situation.  Sadly drought, starvation, disease and fly infested degradation are often the only reports to grace first world screens.  Africa spent the 70s and 80s being battered between the capitalist west and communist east each funding various despotic regimes whilst trying to get a controlling stake in the massive mineral wealth.  Not just copper, gold and silver but chromium, cobalt, aluminium, uranium, and other lesser known but no less vital minerals.  Newly born countries with politically naive leaders were feted and tempted by offers of backhanders and bribes.  The political elite grew more wealthy whilst the populations sank further into neglect.  Zambia was a pawn in this ugly game of chess and not really doing much to improve the odds.

The exciting late 80’s and early 90’s!  The Berlin Wall came down,  Perestroika, Tiananmen Square, the release of Nelson Mandela.  Suddenly the world was a different place and the chess board was being thrown into the air.  In Zambia the people had had enough of shortages and depravations. Food riots erupted.  The ban on other political parties was lifted and to the amazement of the ruling United National Independence Party (UNIP) they lost the first multiparty elections held in October of 1991, they were so out of touch with the people, the results caught them completely by surprise!

Zambia now moved into a period of change and rehabilitation.  For the most part hugely positive with improvements in roads, privatisation of bloated parastatal companies, investment in agriculture and commerce.  Whilst politicians still think it is their right to feather their nests and a no questions asked anonymous bank account comes with the job, the Zambian people are learning that they can say “No”!  When the second president Frederick Chiluba decided to try and change the constitution to allow himself a third term in office, the people calmly said “That is not going to happen!” - and it didn’t.   Peaceful democratic elections followed and Levy Mwanawasa was voted in.

The next challenge faced by the country was the death of Mwanawasa.  The sceptical world watched in amazement as the vice president, Rupiah Banda, was accepted as acting president for the constitutionally stipulated 90 days before emergency elections were called, and then voted in as president for the remainder of Mwanawasa’s term.  Once again, pessimists were proved wrong when the Movement for Multiparty Democracy (MMD) party was voted out and Michael Sata of the Patriotic Front (PF) was elected president.  There always seems to be accusations of vote rigging surrounding elections but independent observers and the general public all accept that they are mostly free and fair.

On 24 October 2014 Zambia celebrated 50 years of Independence.  Celebrations slightly marred by rumours and denials about President Sata’s absence from the festivities.  The rumours turned out to be largely true when, on 28th October 2014, news of Michael Sata’s death in a London hospital hit the headlines.  Zambia now amazed the world by calmly accepting Vice-President Guy Scott as acting president.  Not too surprising as the country had faced this challenge before, but certainly amazing as Guy Scott is the first democratic white president of an independent African country!  Constitutionally he cannot contest the next elections as his parents were not born in Zambia but, for 90 days at least, Zambia will have a white president and so far, apart from wrangling within the PF party, it all seems to have been taken in the usual Zambian stride!  Roll on the next elections!

This is a nation of nice people.  An easy going, happy, tolerant people who need to develop an intolerance of corruption, greed and incompetence.

Zambia has the potential to become not only a major mineral supplier but an agricultural powerhouse and outstanding tourism destination.  There is much that needs to be done and vital investment needed in education and health amongst everything else.  But I am convinced that there are more and more success stories out there, we just don’t hear about them often enough.  There is land, water, an ideal climate, wildlife rich areas, mineral wealth and that never to be underestimated natural resource, an amazingly friendly and welcoming, gloriously patriotic population!