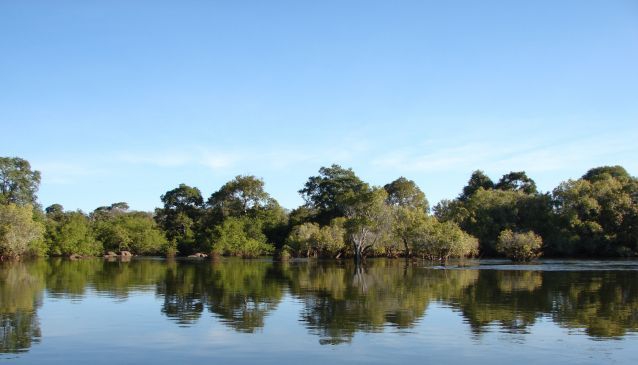 At 22 400Km2 (about the size of Wales) this is the largest of Zambia's parks and one of the larger national parks in the world.  Fed by three large rivers, the Lunga, Lufupa and Kafue rivers  this water rich park has a diverse range of wildlife.  The game numbers are probably not as plentiful as the South Luangwa National Park but increased numbers of lodges and camps and sterling work by Game Rangers International are showing encouraging signs.

The Busanga Swamps in the northern sector of the park is extremely wet and you may be lucky enough to spot the very shy sitatunga.  The Busanga Plains boast large herds of red lechwe and puku as well as groups of zebra and blue wildebeest.  These larger herds attract the predators, especially lion, leopard and cheetah.

Birding in the Kafue is very good with almost 500 recorded species, probably due to the different habitats.